40 Years of HIV and AIDS: Looking Back and Looking Ahead 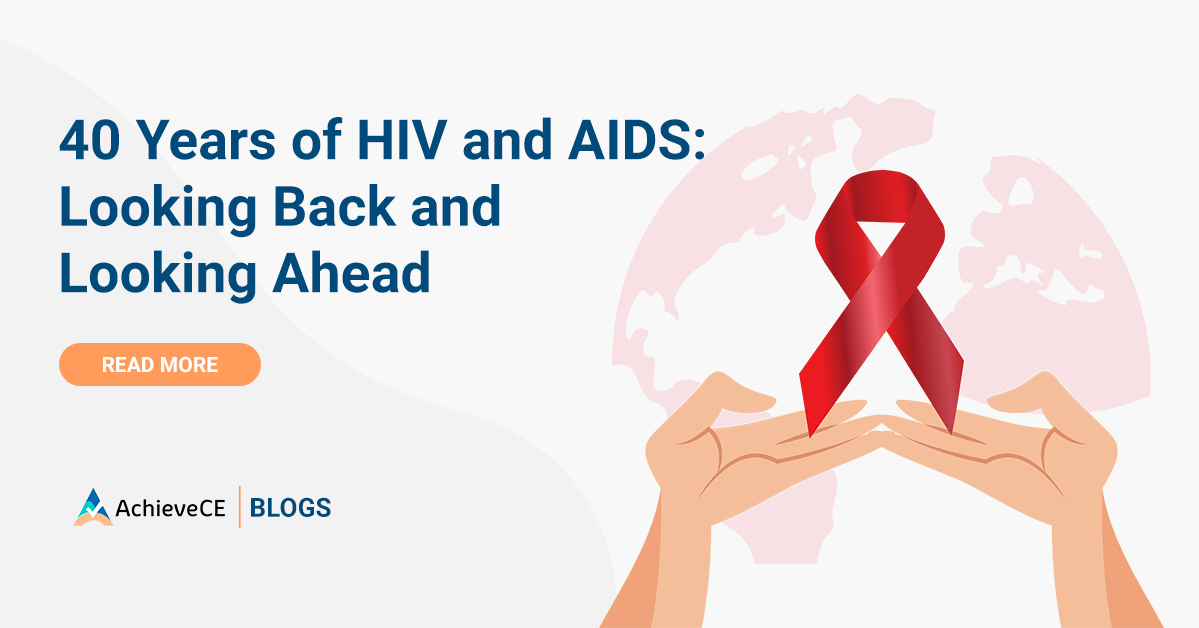 40 years ago, on June 5, 1981, the CDC released a short report about five young homosexual men in Los Angeles that developed pneumocystis pneumonia. This report marked the discovery of Acquired Immunodeficiency Syndrome (AIDS), the first pandemic of the 20th century caused by a then-novel virus, Human Immunodeficiency Virus (HIV).

Since 1981, HIV has killed 33 million and infected 76 million people. Currently, 38 million people are living with HIV. Of this number, 27 million are on life-saving treatment. This is a three-fold increase since 2010. However, it still falls short of the United Nations’ global target of ensuring that 30 million people receive treatment by 2020.

It is clear what the key actions are to end AIDS as a public health threat. However, the question remains about whether every government and funding and implementing organization will implement these actions. Without new investments in global HIV response, it is not a far-fetched possibility that new infections and deaths will start rising again.

Below are four action points identified by Gilles van Cutsem, Leader of the International AIDS Working Group and Senior HIV and TB Adviser with Doctors Without Borders, to put the global HIV response back on track, 40 years after HIV was first discovered.

Annual funding for HIV response was dramatically increased from 2001 to 2015. However, in recent years, annual support for a global response has stalled. The increase in new infections and deaths from HIV and AIDS since 2016 illustrate the consequences for this lack of funding.

Despite this, the annual global investment in mounting a global HIV response has fallen since 2018. This is mostly due to decreased international funding, which has dropped by 15% between 2013 and 2019. Domestic funding, which accounts for about 56% of global financing of the HIV response, increased by 16% during the same period. However, this too has declined in the past few years.

Leave no one behind

Many strategies in combatting HIV have claimed that it leaves no one behind. In reality, however, many populations and regions remain neglected and continue to be at a higher risk for HIV infection and death.

According to studies supported by the UNAIDS, in 2019, 62% of new infections globally came from key vulnerable populations at high risk for HIV. This population includes men who have sex with men, sex workers, drug users, and other vulnerable groups. However, many countries around the world criminalize these groups instead of helping them prevent HIV infections.

People living with HIV can enjoy long, healthy lives due to improved antiretroviral treatments that are currently available. Simple and effective HIV treatments and PrEP can help prevent HIV transmission if taken as directed by those who need them.

Only by addressing the root causes of these inequities and pursuing innovative solutions that intend to reach people where they are with effective treatment and prevention strategies can we end the HIV/AIDS epidemic.

Self-testing programs should be expanded. Mobile options for service delivery should also be increased. Employing creative community outreach and engagement strategies should be considered by healthcare facilities nationwide.

At the same time, prevention and care efforts must also expand beyond traditional healthcare settings in ways that respond to community needs. There should be a link to transportation, housing, employment, mental health and substance abuse treatment services that vulnerable people need to access and stay in care. Giving people one place to pursue all their health needs and engage in care can also help them address all health concerns at once.

Supporting adherence, detection and management of treatment failure, and tracing of people who disengaged from care and support to reengage in care are also essential in bolstering HIV prevention and treatment.

Lastly, removing the stigma from an HIV diagnosis is also important in encouraging those who are infected to seek treatment. Healthcare professionals should engage those living with HIV with love and respect, and they should not be defined by their HIV status or risk for infection.

The main killers of people with HIV are well-known. These diseases include tuberculosis, severe bacterial infections, and severe fungal infections.

Yet, except for TB, access to diagnostic tests and treatment for advanced HIV infections and severe opportunistic infections is still very limited in resource-limited settings. Though a global strategy to End TB exists, there is currently no strategy for the other main killers of HIV.

To reduce deaths due to AIDS 40 years after HIV was discovered, it is necessary to go beyond testing and treating. Investment in the diagnosis and treatment of advanced HIV and severe opportunistic infections is a must to curb deaths from AIDS.

The global response to end HIV has plateaued 40 years since HIV was first discovered. The world can prevent this pause in progress by reinvesting in the global HIV response and increasing international and domestic funding. Programs designed to reach vulnerable populations to provide them with appropriate prevention strategies, testing capabilities, and early treatment are important in ending HIV. The prevention of advanced HIV infections and severe opportunistic illnesses can also be improved by conducting early testing and treatment, even to institutions that have limited resources.

Interested in learning about how far we’ve come in combatting HIV/AIDS?

Join our webinar on HIV: 40 Years and Counting, presented by Pete Kreckel, RPh. This webinar, scheduled on December 29, 2021 at 8PM ET, will discuss the advantages and disadvantages of each category of HIV drugs, as well as those individual drugs for each category.

This Florida Board-approved course will also tackle the history of HIV and AIDS, its transmission, universal precaution, prevention, management, and the federal and Florida laws on HIV testing and reporting and AIDS therapy.