Type 2 Diabetes Among the Young: An Overview 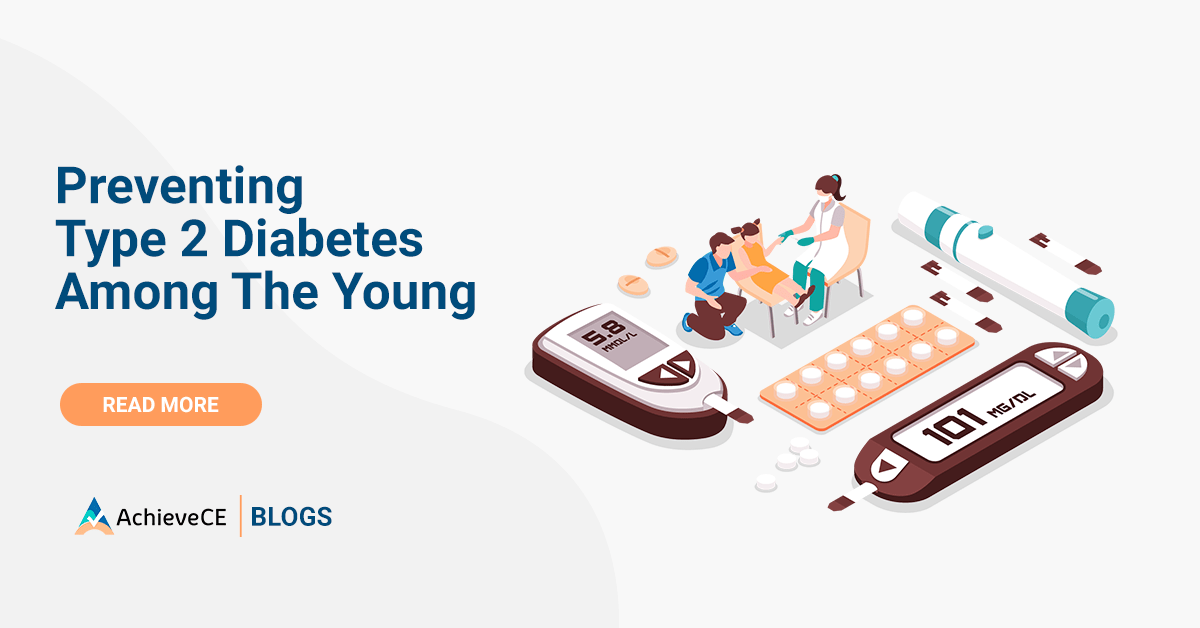 Diabetes is a chronic disease affecting over 422 million worldwide. Data from the World Health Organization reveals a steady increase from the 180 million cases recorded in 1980 (Roglic, 2016). In the United States, the disease affects approximately 30.3 million. That is about 9.4% of the American population. A vast majority of these individuals have type 2 diabetes, a condition normally prevalent among individuals over 45 years of age. Type 1 diabetes only accounts for 5% of all diagnosed diabetes (Cornwall et al, 2014).

When it comes to the youth, 5,300 young individuals under the age of 20 are diagnosed with type 2 diabetes each year (Copeland et al, 2014). Despite the numbers not suggesting a pandemic, the statistics signify an unprecedented rise in type 2 diabetes among individuals less than 35 years old. The numbers could be higher, owing to undiagnosed cases.

The prevalence has also been found to triple between ages 10-14 and 15-18 years. Research has also shown that adolescent girls are 60% more likely to develop type 2 diabetes than adolescent boys. Children from certain ethnic groups were also found to have a higher prevalence rate than the rest (Copeland et al, 2014).

Youth aged 10-19 years of different ethnic groups were also studied for type 2 diabetes. 4.5% of cases were found in non-Hispanic whites, 32% in non-Hispanic blacks, 18% in Hispanics, 12% in Asian/Pacific Islanders. The 2017 report also reported that the US minority populations had a higher rate of new cases of type 2 compared to non-Hispanic whites.

The problem of rising cases of type 2 diabetes among the youth does not only affect America. Diabetes cases are also increasing in China and India (Prasad et. al, 2014).

Causes of Type 2 Diabetes Among The Youth

As the cases of new type 2 diabetes continue to rise, the million-dollar question has always been, what is causing such a high prevalence in the previously unaffected populations? The answer is still the same: lifestyle.

The consumption of high-calorie foods high in fat and sugar and low in fiber is contributing highly to the increase in new cases. For children especially, studies have shown that young individuals are consuming more saturated fat than they are taking grains, fiber, fruits, and vegetables. The result has been increased cases of overweight children among all age groups (Spielgel at. Al 2009). Increased body weight has been strongly associated with type 2 diabetes among the youth (Centers for Disease Control and Prevention, 2017).

Inadequate physical activity among the youth has also contributed to the rising cases of type 2 diabetes. Physical activity has been known to counterbalance adiposity and enhance insulin sensitivity (Klaman et. Al, 2000). Children are consuming higher rates of fats and not burning the calories they consume. The primary source of leisure among the youth now involves watching TV, playing video games, and using computers and smartphones. Such activities do not involve physical exercise.

Inactivity and obesity weaken the body’s ability to utilize insulin. The condition is also known as insulin resistance and it plays a significant role in the development of type 2 diabetes and its complications.

Diagnosing Type 2 Diabetes Among The Youth

Diagnostic criteria for the youth are the same as those established in adults. They can be assessed by testing hemoglobin, oral glucose tolerance, fasting plasma glucose, and random blood glucose.

This test measures the concentration of glucose bound to the red blood cells (RBC). RBCs exposed to high glucose amounts over their lifespan have more glucose attached to them. The average lifespan of RBC is 90 days and HbA1c indicates glycemic control in this period. The HbA1c result is expressed as the percentage and reflect the glucose amount in the blood for the past two or three months.

In 2010, the American Diabetes Association (ADA) recognized that HbA1c value of 6.5% or greater is a diagnostic marker for diabetes.

The OGTT requires the patient to fast for eight hours, then drink a 75 grams of glucose dissolved in water. Plasma glucose levels are then measured 2 hours after drinking the liquid. Diagnosis of diabetes is then made when the results are greater than or equal to 200mg/dl.

For the FPG test, individuals must be on an eight-hour fast prior to the test. A blood sample is taken preferably in the morning for more accuracy in results. Although not as sensitive as the OGTT, it is preferable because of its cost-effectiveness and convenience. Results showing a value greater than or equal to 126 mg/dl indicate diabetes.

Random blood glucose test can be administered anytime without regard to the last meal taken. This test is indicated for individuals who have experience the following signs and symptoms of hyperglycemia (Weinger, 1995):

Results showing RBG greater than 200 mg/dl is indicative of diabetes.

Managing Type 2 Diabetes Among The Youth

Weight loss is the primary means of treating type 2 diabetes among the youth. A healthy eating plan alongside increased physical activity can help children and adolescents lose weight. Blood glucose also has to be monitored regularly in order .

The American Academy of Pediatrics Best Practices Recommendations state the initiation of the prescription drug metformin in patients with hemoglobin A1c (HbA1c) levels greater than or equal to 6.5% (Copeland et al, 2014).

The goal of managing type 2 diabetes in all age groups is preventing the long-term compilations associated with the disease. Complications are found to be aggressive in younger patients. Early signs of type 2 diabetes could mean the patient is more likely to suffer from the devastating complications of diabetes (Copeland et al, 2014). It substantially increases the burden of the disease on society and individuals.

To manage type 2 diabetes successfully among the youth, it is recommended that the the patients and their family members:

There is a relation between the growth in the number of children diagnosed with type 2 diabetes and the increasing rate of overweight and obesity in children. Other risk factors, such as family history, ancestry, and gender, also contribute to the development of type 2 diabetes among the youth.

Insulin resistance and its relationship to type 2 diabetes is also a primary pathophysiologic factor related to the disorder. The combination of high blood pressure, high insulin levels, and dyslipidemia in children is also a cause for concern. It greatly increases the risk of early cardiovascular diseases, among other complications.

Want to gain credit from reading this article? Sign up for this course and complete the quiz on this CE On-The-Go activity, get credit in just 15 minutes or less!