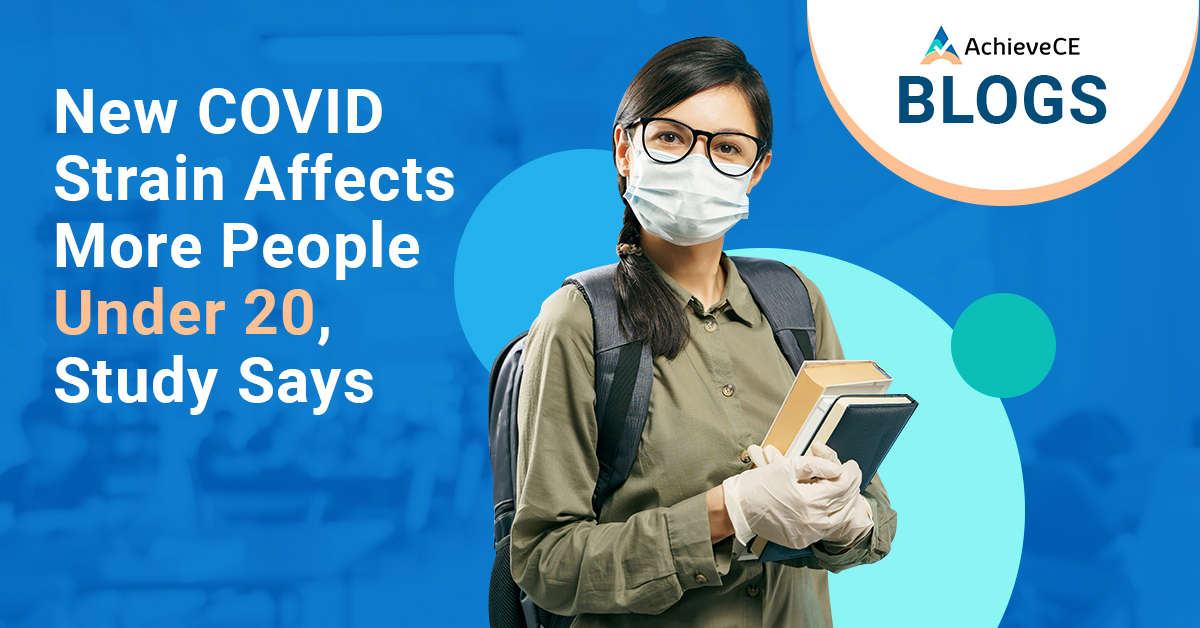 Even though it has only been a couple of weeks since the new COVID variant first emerged in the United Kingdom, it is clear that it’s quickly spreading well beyond British borders. By January 7, 2021, at least 52 cases of COVID-19 with the new coronavirus variant were already identified in the United States.

As scientists strive to learn more about the variant and what effects it can have on the pandemic, it’s becoming clear who is more at risk with this new development. A study by the Imperial College London found that people under the age of 20 are more likely to catch the new COVID variant.

The new research, which is yet to be peer-reviewed, used public health data to compare how reported cases have been affected by the spread of the new variant, which is believed to be responsible for the majority of cases in London and southeast England.

“We examine growth trends in S-gene target failures (SGTF) and non-SGTF case numbers at local area level across England, and show that the Variant of Concern (VOC) has higher transmissibility than non-VOC lineages, even if the VOC has a different latent period or generation time. Available SGTF data indicate a shift in the age composition of reported cases, with a larger share of under 20-year-olds among reported VOC than non-VOC cases,” states the study.

The study confirms the theory previously put forth by health officials that the new variant was showing signs of infecting a formerly less-affected group. “There is a hint that it has a higher propensity to infect children,” Neil Ferguson, PhD, a scientist at Imperial College and one of the study’s authors, previously told reporters in late December. “What we’ve seen over the course of a five- or six-week period … [is that] the variant in under-15s was statistically significantly higher than the non-variant virus.”

The new research however does not contradict previous studies that found that the new strain did not have a more elevated death rate and that the current vaccines will be effective against it.